Why is it important to monitor the condition of solar panels?

Panel defects reduce energy production and thus yield. Nearly 20% of solar parks produce in their optimal operating condition, without any malfunctions – the remaining power plants experience a loss of revenue or even a fire hazard.
In the case of solar parks younger than one year, about 0.5-4% of solar panels show some kind of anomaly, the number of which only increases during operation. These defects can be detected with a thermal imager.
Yield loss can be prevented.
The failure of a single solar panel affects the performance of all panels connected in line with it, so it degrades the production of up to 21-22 other solar cells! If only 1% of the solar cells are faulty, but the faults are scattered in the power plant, they can affect 15-20% of the strings, which results in a loss of revenue of several million forints even in the case of a 0.5 MW power plant. With the help of our thermal imaging service, you can avoid the loss of yield of a power plant that has been operating incorrectly for several years – with reduced power! 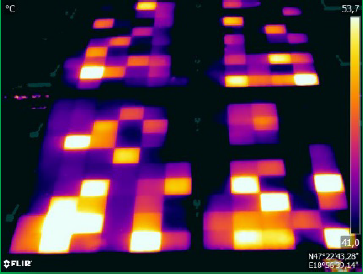 What are the benefits of thermovision diagnostics?

Why is a thermal imaging test necessary at the beginning of operation? 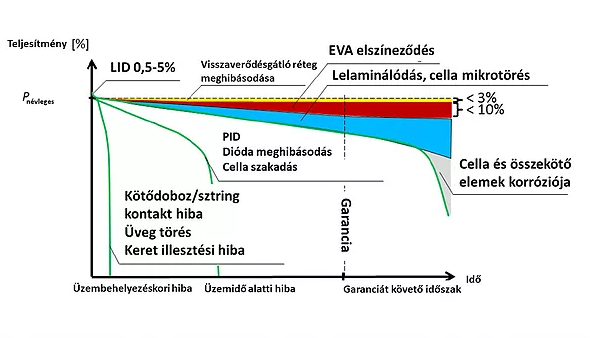 What defects can a thermal imaging test detect?